As I mentioned previously, we are highlighting sponsors and silent auction partners leading up to the kick off event for Magic Streamdom. In case you do not know, Magic Streamdom is a four day long, telethon-esque, 32+ hour live stream collaboration taking place across the world. This year we are honored to have streamers from not only the US, but also from Paris, Hong Kong, New Zealand, Japan, Australia and more.

THE PADDLEFISH AT DISNEY SPRINGS

From the time we started planning this year’s Magic Streamdom, which begins the month after Magic Streamdom airs, this sponsor was on board. Originally the venue for Magic Streamdom’s kick off event, Paddlefish at Disney Springs was excited and all in regarding being a sponsor and doing whatever they could to help raise money for Give Kids the World Village. Their team from Levi Restaurants were remarkable and we cannot thank the management team there enough!

If you have never been to the Paddlefish at Disney Springs, all I can say is, Why?? Not only is the restaurant unique (it looks like a Steamboat), but the top deck is amazing. With a huge bar area, open seating that looks over either the water to Saratoga Springs on one side or seeing the shops and sights on the other side, it is a great place to grab lunch or dinner or just stop in and have a drink and enjoy the view. Their menu is heavy on seafood, of course, but they do have a wide variety of things to choose from. We have been here countless times and we always have a great time with great food and drink.

We are extremely grateful to the Paddlefish for being one of our HOPE sponsors for Magic Streamdom Holiday Special 2021 this year. We look forward to our meet up there on December 2nd at 4pm prior to the festivities at the venue at Give Kids the World Village. If you would like to find out more about the Paddlefish, location, their menu, etc. all links will be at the bottom of the page. 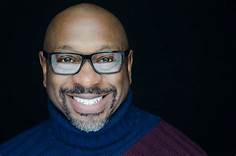 Alton Fitzgerald White is best known for his role in Disney’s The Lion King as Mufasa on Broadway. He has done many roles from Goldfinch to the judge in the TV series ‘Bull’ among many others and appeared in dozens of television series’ as a special guest from Law and Order to The Good Fight.  He is an accomplished singer and has sang the National Anthem at Madison Square Garden.

October 2012 marked the release of his critically acclaimed, smash hit CD, Disney My Way!, full of wonderful re-imagined Disney classics. After a record-breaking 4,308 performances as King Mufasa in The Lion King, Alton added author to his growing list of titles with his recent book release titled MY PRIDE: Mastering Life’s Daily Performance, a best selling inspirational biography filled with secrets to fulfillment and joy in work and life, published by Disney Editions. Alton has also become an in-demand motivational speaker at BrightSight Group and has been a Keynote Speaker for clients like Seasons Healthcare Management, Americans For The Arts, The Wisconsin Association of School Boards and Youth First Partnership to name a few.

We had the amazing honor and privilege of having Alton as a special guest on Community Project last year, during our 8 day long live stream that raised money for COVID 19. His story of not giving up, perseverance through hard times, and the success that he attained through hard work and diligent effort. His story is truly inspirational and the love that he has for Disney shines through, especially in this CD that he personally autographed for us. This item will certainly be a treasured keepsake, not only for the incredible songs Alton brings to you but also having a very cherished autographed CD for a collectible.

This  unique ship not only has a great name but some great products as well. Believe.Dream.Imagine, is a family run 3D printing shop. Strive to offer unique, whimsical home décor and specialized vacation accessories such as their original Magic Band Buddies. They BELIEVE in make believe, DREAM of great big beautiful tomorrows, and IMAGINE the impossible. We are so grateful for the donation of the most iconic part of Walt Disney World Parks; not trashcan.

Yes, we have a fascination with the trash can. First, there is one every 30 feet at Walt Disney World. Second, they are expertly themed for each park and usually each section of the park that they are in. Years ago they used to even talk! Whether we are searching one it to get rid of the evidence of sneaking a cheeseburger egg roll or making it a table for two during an Epcot International Food Festival, Disney parks would not be the same without them. Thanks to the creative inspiration, Believe.Dream.Imagine can give you your own Disney inspired trash can in your own home. The one featured in the silent auction is the classic Main Street U.S.A. trash can and is about the size of a bathroom trash can. Whether you put it in the kitchen, a cute accompaniant to your desk in your office or use it as a conversation piece amongst your Disney collection, you will love it. Be sure and place your bid and for more great products check them out at: https://bdiproducts.com/. We want to thank Julia and Jackson at Believe.Dream.Imagine for the awesome donation to the silent auction and partnering with us in helping raise money for Give Kids The World Village.

Looking to Bring Your Favorite Storybook Character to Your Next Party? Then Look No Further than Ever After Character Events.
Celebrating It’s Grand Opening, the Walt Disney World Swan Resort Adds Even More Convenience to the Parks
Comment